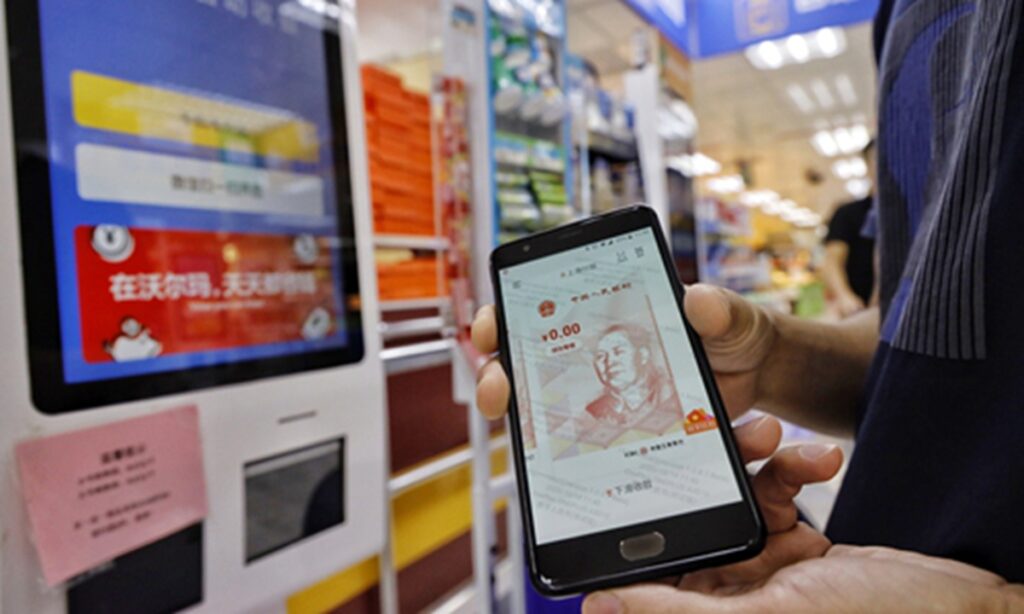 China has released pilot versions of its digital yuan wallet application on mobile phone app stores as the country’s central bank steps up its push to develop its own digital currency.

The digital yuan or e-CNY is merely a digital version of China’s sovereign currency and has been in the works since 2014. It is not a cryptocurrency like bitcoin but is instead issued and controlled by the People’s Bank of China. The released app allows users to open a digital yuan wallet and spend the currency.

A notice in the app said it is in a research and development pilot phase and is only available to selected users through supported institutions that provide e-CNY services, including major domestic banks.

Given that it is in the pilot phase, the digital yuan has not yet officially been rolled out nationally and there is no timeline for this.

The new app allows users in 10 areas including major cities Shanghai and Beijing to use it. Previously, only select users could use the app on an invitation basis. But now everyone can download the app, highlighting how China is trying to get more people to use the digital currency.